Well it saddens me to admit this because I've been addicted, excited, and glued to my TV every winter on Wed. and Thursday evenings but I'm extremely close to saying "bye bye" to American Idol! I have been one of their biggest fans and in fact when it comes on in January, I do my best to watch each and every week. I get giddy before every episode. At least I used to. 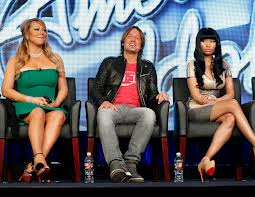 Is it just me or is it sucking this year? The talent is good but, I absolutely can't stand the new judges Mariah and Nikki. Now Keith Urban, he can be on it forever in my opinion because I do so enjoy looking at that gorgeous man! He's funny and nice too, plus he gives ok criticism and I believe he'll get better with time. But Nikki and Mariah are too big of diva's for my taste. Mariah tries to be nice but it's when she isn't judging that drives me nuts. Her hands are constantly on her hair and acts like if she moves her head it's going to pop off or something! Or even worse... a hair might get out of place! She is so stiff except those hands of hers that are constantly moving. Don't get me wrong, Mariah's music is fantastic and if she isn't an expert on what it takes to be a star than I don't know who is. But I can't stand her obvious dislike of Nikki. Same with Nikki. You can tell that they despise each other. Those two just need to grow up and have some fun before they ruin it for everyone.

I'm still enjoying the singing, but if AI makes it another season and those two are in the judges seat again, I don't think I'll be wasting my time next year.

I am also addicted to The Voice. However it didn't seem to have the level of talent as AI until this year. Plus I am loving the new judges. All four judges are having a blast with each other and making the show a lot of fun for the viewers. That show is improving, not going downhill like AI.

Did anyone watch X Factor too? There's alot about that show I enjoy, even Simon Cowell. He has mellowed through the years and not half as mean as he was on AI. Can't wait for that show to come back on.

I'm also loving Smash and Nashville. Maybe I just love singing shows! Singing was always a dream
of mine. I wanted to be just like Barbra Streisand... too bad my voice sucks! 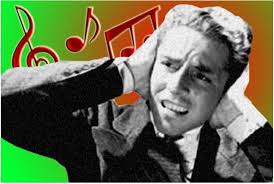 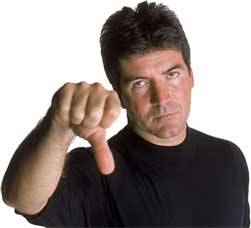 So guess I'll just have to stick with writing children's books!
Posted by Allyn Stotz at 7:59 AM