Psychic Ability: Is It Real?

I was watching a show the other day where they were debating whether or not some people really do have some psychic ability or are they just fooling us? I decided it might be a fun subject to talk about today. 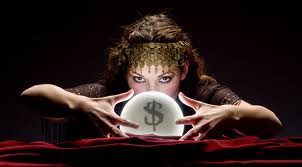 When I think about that question, most times I would have to answer that Psychic’s are just good guessers and are just trying to skam us into believing. However, I think that question sometimes deserves a definite yes.


Me, I’d rather have medium powers then to be able to tell peoples futures. I’d much rather be able to see ghosts and talk to them. Sure it would make your life a lot more complicated but, if I saw a ghost it would definitely reassure me that there really is life after death.


Although I think it would be much more fascinating to have Medium powers, I think I may have a teensy tiny bit of ESP myself. Here’s why:


1. One time while I was working at a factory, I was daydreaming that this certain guy friend of mine would be in the parking lot waiting for me to get off work. I hadn’t talked to this friend in a long time and as far as I knew he was still living 4 hours away. But, I was just feeling a strong need to see him. I daydreamed that I would clock out, and while I was walking to my car, I would hear someone whisper my name, “Allyn.” I would not see anyone because it was dark out, so I would continue to my car. Then I’d hear it again, “Allyn.” And then I would see him in his car, we would go somewhere and talk. And do you know that after my shift that night, that very exact thing happened EXACTLY as I had daydreamed. EXACTLY. Pretty freaky huh?


2. Another time I was driving around town (that’s all we had to do in my small town) and my mind was on a classmate that we had just lost in a car accident. I was driving around wondering who would be next to die. (a bit morbid I know). Anyway, I drove by a friend’s house and I said outloud to myself that he would be next. And you won’t believe this, but one month later, he died in a car accident. Now that is REALLY FREAKY!!


I’ve had a few things like that happen to me over the years and I don’t like it one bit. 99.9% of my thoughts never happen, however when they do… it feels terribly weird.


I do believe that some people have real psychic powers because of the few things that have happened to me but what about you? Do you believe there are people out there that really can tell the future? And if you had that special power, would you want it?