Happy spooks and goblins day! I'm sure all you writer's out there that write paranormal, horror, and anything mysterious just love this day! 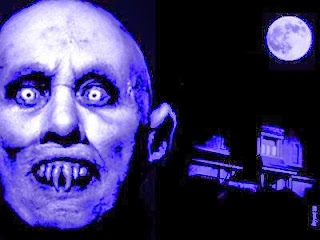 In honor of this day, here are a few things that have spooked me to death in my lifetime:
One day a longggggg time ago, while working in a factory on a machine I worked on everyday for 8 hours straight, I was daydreaming. Go figure, huh. Anyway, I had a special male friend that was moving out of town soon. This friend had just lost his brother so as I was daydreaming, I prayed to that deceased brother to please let me see my friend one more time before he moved. I day dreamed that as I got off work for the evening (I worked 2nd shift) that as I approached the parking lot to my car I heard my name whispered, "Allyn." It was dark out so I looked around but saw no one. I continued on to my car. I heard it again, "Allyn." And a third time, "Allyn over here." That's when I saw my friends car and his head sticking out the window. I got in the car and got to spend some "goodbye" time with him. But what's so freaky about that you ask? Well remember that was all a total daydream, except the praying to his brother part. The freaky part is that when I actually got off work that night...... that EXACT thing happened. And I am not kidding or exaggerating. I'll never forget that! It still sends shivers down my spine everytime I think of it. 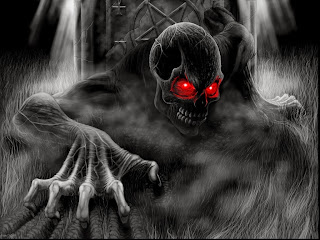 A couple of years after that, it happened again. I was sitting in the parking lot of KMart, missing my friend again. He now lived 4 hours away and I hadn't seen him in a long time. As I was leaving the store to my car, I prayed again to his deceased brother, "Please let me run into my friend today!" When I got in my car, another car sped right up to me. Yep, you guessed it, it was my friend!! And there is no reason in the world for him to have been in the town I lived at at the time. Freaky!

Another freaky thing that left me thinking I'd gone insane was one day I went into my closet to get some shoes. Suddenly I spotted a pair of black shoes I had never seen before! I thought maybe one of my sisters had left them at my house or something because they certainly weren't mine. I picked them up but they were my size NOT my sisters and it was obvious they had been worn many times! To this day, I have no clue where those shoes came from. That is creepy!
My final creepy thing I remember is really creepy and sad. I was driving around my small town, back and forth, around and about (this was about all there was to do in this town, we did it for hours!). We had recently lost our first classmate in an auto accident and it was still fresh on my mind. I remember driving around town wondering who would be next to die. I drove by a house that a couple of male friends lived in. I said outloud to myself, Jeff is going to be next! Then I forgot about it and went home. One month later, Jeff died in a car accident! I'm still freaked out about that!!
Now for a few interesting facts about Halloween that you might not know:
When trick-or-treating first became popular in the United States in the 1800s, more children played mischievous pranks than asked for candy. By the 1950s, though, the focus had switched to good old family fun, with sugar-hyped children dressed in costumes.
According to Zillow.com, Seattle, Washington, is the best city for trick-or-treating.

For some towns in the U.S., the Halloween theme lasts all year long, thanks to their names. A few that would be especially fun to visit for the holiday: Frankenstein, Mo.; Scary, W.Va.; Spook City, Colo.; and Candy Town, Ohio.

A working magician from the age of 17, Harry Houdini (née Ehrich Weisz) became America’s favorite magician and a world-renown legend for his daring escapes. It was only fitting, then, for this master trickster to die on October 31, 1926—from a ruptured appendix
Due to safety concerns, trunk-or-treating was introduced in 2000 as an alternative to hitting the pavement for candy on Halloween night. Cars are parked in a circle at a school or church parking lot, with event-goers decorating their open trunks and dressing in costume in order to hand out treats.
In 2010, Belleville, Illinois, became the latest city to ban trick-or-treating for kids over 12. Teens can face fines from $100 to $1,000 for going door-to-door (although according to officials, more often than not, over-age Halloween-goers are just given a warning).

Samhainophobia is the fear of Halloween. 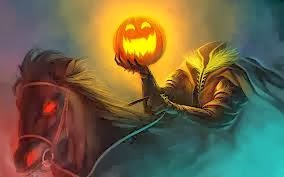 According to tradition, if a person wears his or her clothes inside out and then walks backwards on Halloween, he or she will see a witch at midnight.g
There's a $1,000 fine for using or selling Silly String in Hollywood on Halloween.
Here a few silly jokes I thought you might get a giggle from (remember I write children's books so yes, these are goofy!)
Question: Why don’t ghosts like rain?
Answer: It dampens their spirits!
Question:  What’s a ghost’s favorite room?
Answer:  The living room!
Question: What do you get if you cross Bambi with a ghost?
Answer: Bamboo.
Question:  Whom do monsters buy their cookies from?
Answer: The Ghoul Scouts.
Have a safe and happy Halloween everyone! 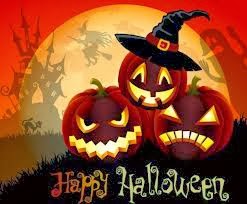