Today it's my pleasure to interview the talented author, Mikki Sadil about her debut novel titled The Freedom Thief. This book sounds so interesting and I for one can't wait to read it!

So here is a little teaser about the book and how she came up with the idea: 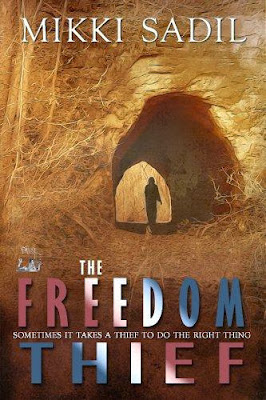 The story is about a 13 year old boy who lives on his grandmother's plantation in Kentucky with his parents and two older brothers. His best friend is a 10 year old crippled slave boy, Josiah,whose mother works in the house and father works in the fields. Ben (MC) learns his father is going to sell Josiah because he is crippled and can't work to earn his keep. Ben knows the only way to keep that from happening is to lead Josiah and his
parents, Bess and Jesse, to freedom. With a little subtle help from his beloved grandmother, a secret Abolitionist, Ben learns of an old barn in the forest, a secret tunnel under the barn, and decides that is where the journey will start. When the buyer arrives at the plantation a week earlier than expected, Ben must get the slaves to leave immediately, without any plan of escape or even a map of the Kentucky terrain. All Ben knows is that he must get them to the Ohio River and safety on the far side. The rest of the story concerns their escape and all the dangers and intrigues they must endure during their journey to find freedom.

The story came about when Richard and I took a barge trip in 1999 down the Ohio and Mississippi Rivers. We visited a lot of Civil War sites: a fort;  a
beautiful mansion on a cliff high above the Ohio which had been a Union Army
headquarters; the remains of some slave houses on a couple of plantations; the many ways in which slaves were aided in their escaping, such as the methods of transport, the codes used to "talk" between the rescuers, and even the quilts that were sewn by the Quakers, whose patterns were nothing but another kind of code to tell the slaves where and how they could get away. Fascinating!

Mikki, why are you a writer?

I know that a lot of writers say things like “I live to write” or “I write because I have to”, or something similar, indicating that they couldn’t live without writing. I write because I love to tell stories, but it’s not the be-all and end-all of my life. I hope that doesn’t shock anyone!

What was your very favorite story to write and why?

To be honest, my most favorite story is one that is not finished yet. It is a paranormal/historical/mystery, set in the early 1930s in a traveling carnival. The paranormal bit is about psychic abilities, not about vampires and werewolves who have waaaay outlived their time! It has witches, gargoyles, and a stray monster or two, a 16 year old main character who is French, and it has many twists and turns. I’m very anxious to get back to it, get it finished and polished, and send it off to publication. 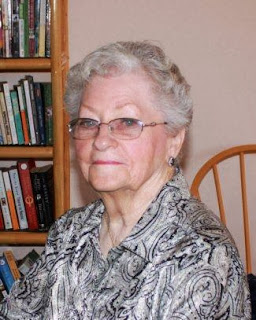 In a past life, Mikki sang professionally in Musical Theatre from the age of 13 until 19. When she finished more years of college than she cares to remember, she taught Sociology, Statistics and Research Methodology, and the Sociology of Criminal Behavior to junior and senior University students. But she has had a passion for writing since she published her first poem at age ten, and first short story at age twelve. During her college years, she published several short stories as well as a book of Haiku poetry, but serious writing was postponed for marriage and a family. After her husband and Mikki retired from raising and training Appaloosa horses, she returned to writing and publishing. Her short stories and articles have been published in national children’s magazines, online, and in an anthology of horror stories for teens. The Freedom Thief is Mikki's debut novel.

My husband and I share our home on the Central Coast of California with our beloved Corgi, lazy Siamese cat, and a bossy African Grey parrot.

Thanks to Mikki for sharing her story with all of us. Best of luck and I hope you sell tons of books!