A Photo Tells a Thousand Stories

The other day I was gathering photo's of my dad for the video we are going to show at his memorial. As I looked through them, I realized that photo's tell a thousand stories!

One photo I came across, wasn't of my dad but of my oldest sister. Since I've been writing, I've been telling people that I am not the typical writer. I didn't dream of writing all my life. In fact, I didn't even like to read when I was small. But seeing this photo made me realize how wrong I was. I've actually been telling stories all my life! I just didn't put them on paper. Look at this photo. 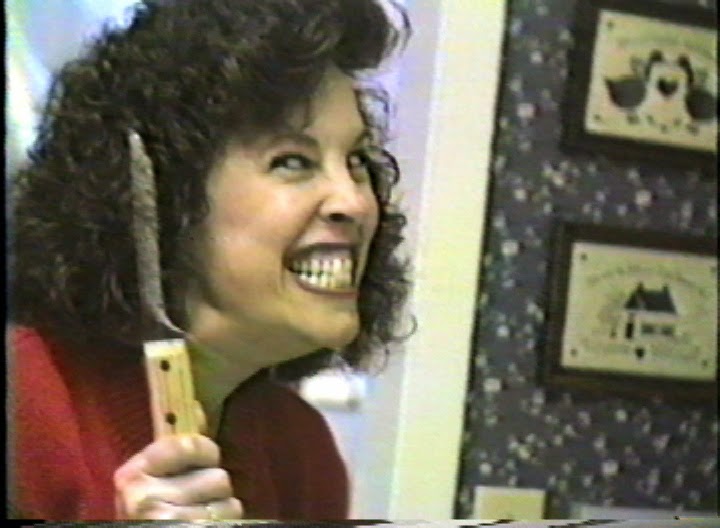 Ooooh, scary, right! This is a photo from a video that we did. My family had gotten together for Thanksgiving one year at my parents house and everyone could come except my sister and brother from Virginia. I thought it would be fun to do a video for them since they had to spend the holiday alone. So I made up a story and the rest of us acted it out. Of course you can guess it was a murder mystery of "Who Dun It!" Each family member was very suspiciously killed off throughout the video and didn't know who could possibly be doing it. Turned out, the only member left at the end was Rinky Dink...the family dog! Ha ha, that was so much fun.

Here's a good one of my dad. It looks like he's just holding up something patriotic, right? Well this picture tells a much better story. This was either my dads birthday or Father's Day. I couldn't get him to say he wanted anything except some underwear!! So I decided to grant his wish, however not in the boring manner of just opening a box with underwear in it. I spiced it up (thanks Courtney) and decorated them with all this patriotic stuff because my dad was a very patriotic man and served in the army long ago. He got such a kick out of the way I dressed up his panties that they just had to take a photo of it. 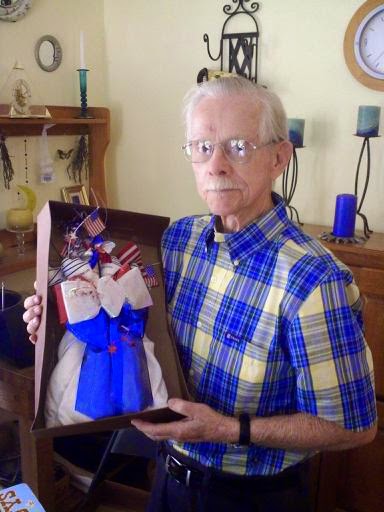 So you see, photo's are more than just photo's, they tell stories! And this one was magic to me.

This next one is just a photo of a little girl, right? Well no, it's me when I was in kindergarten. And there's a very funny story from this. I have an old school friend who told me that he still remembers (58 yrs later) when I walked into kindergarten looking like this, He thought I was the most beautiful thing he'd ever seen! Can you believe that? Well at least I know that I was beautiful one day of my life! 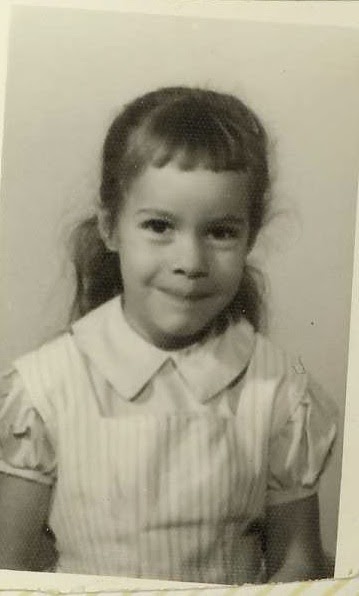 Here's a funny one of my mom. This proves she was born to be a writer and storyteller too! She's so desperate, she's reading to the dog! 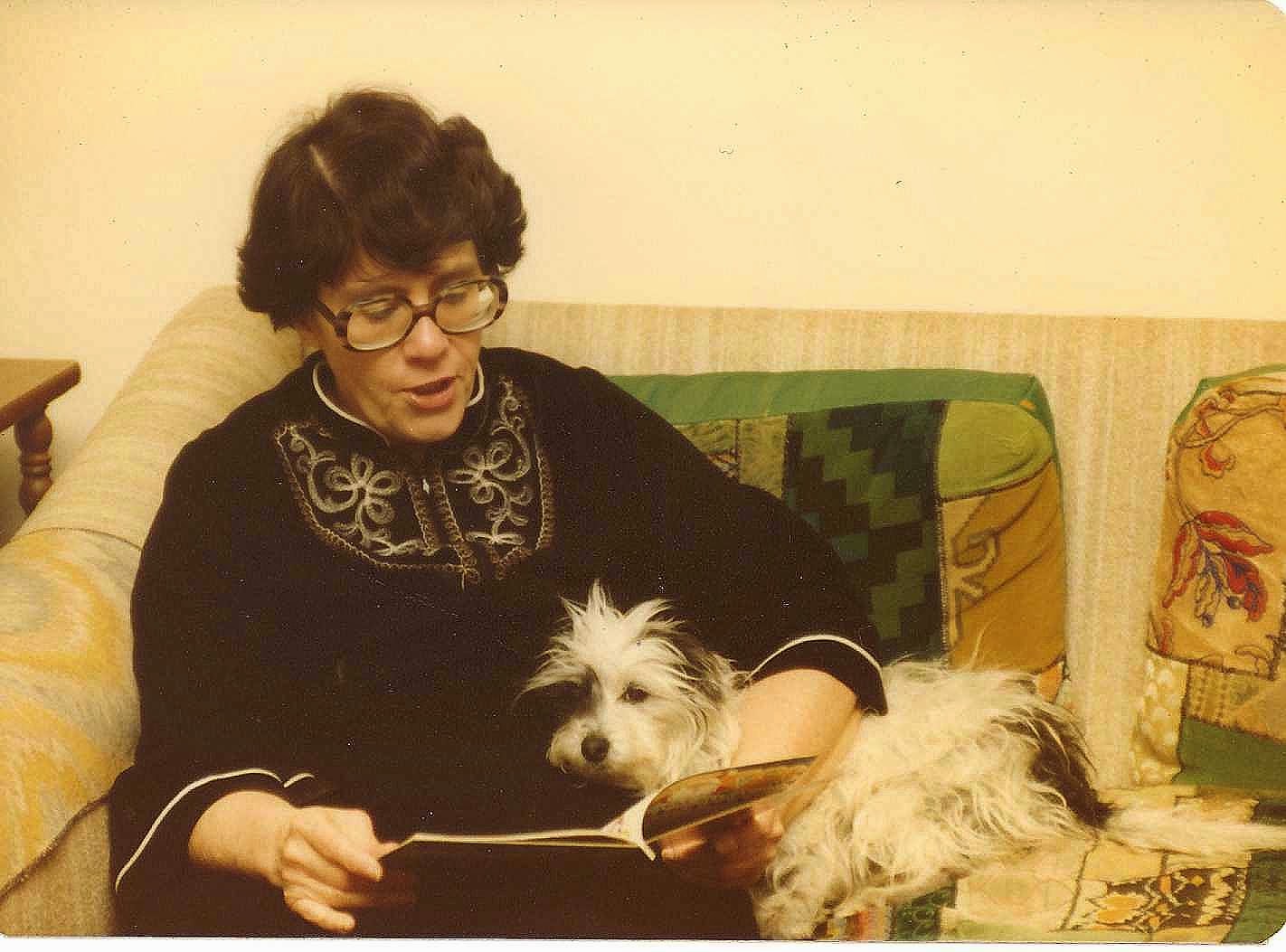 Here she is reading to yet another dog! Can you imagine what he's thinking? "Oh mom, am I really supposed to be caring about this crap!" 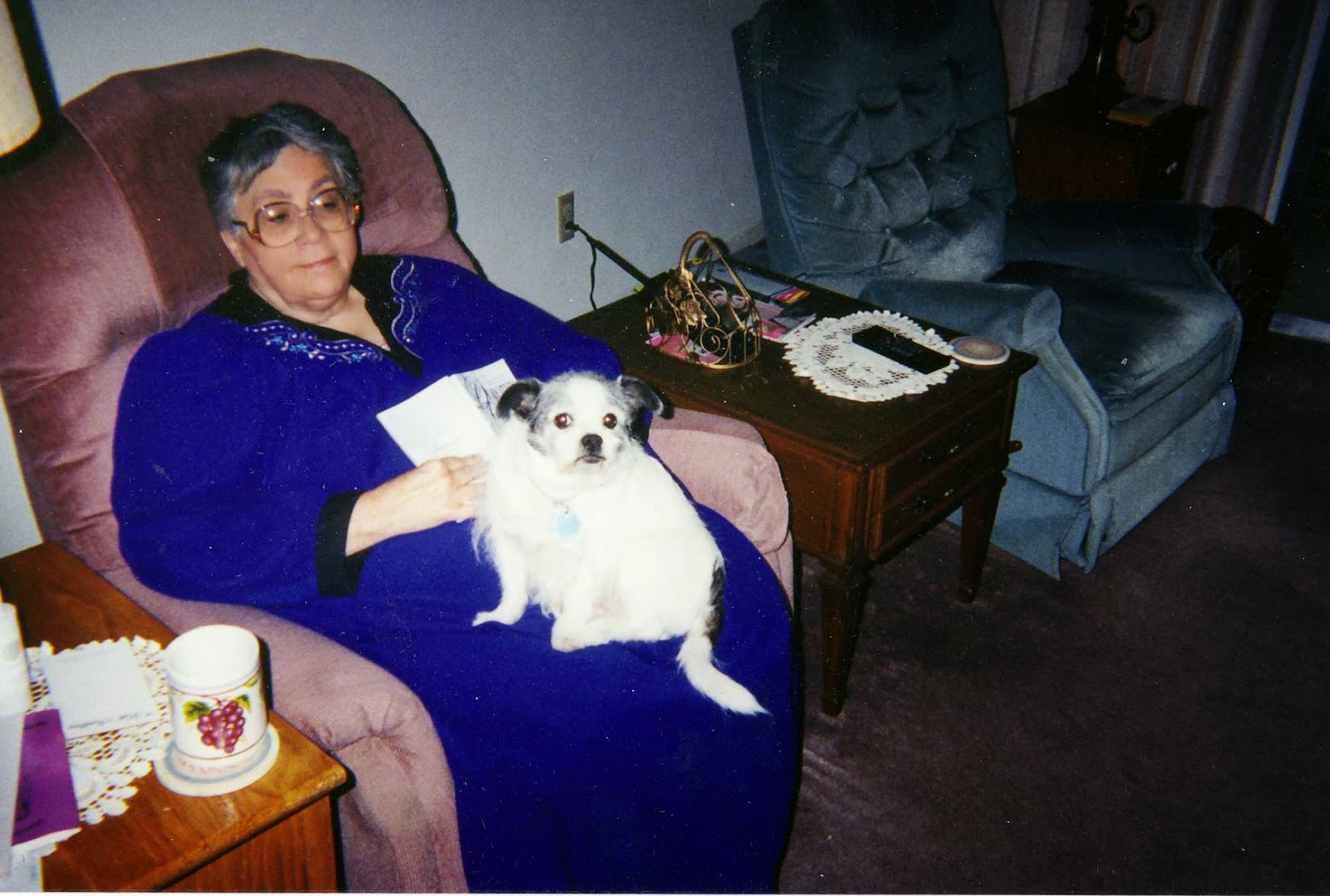 I can't tell you how many times when I've experienced writer's block, that I go back and look at pictures. They really do tell a thousand different stories.

So let's have some fun. Take a look at the photo below. Can you tell me what these people are looking at? Why is one taking a photo, one looks like she's running away and the other is looking towards the sky. Oh the stories we could come up with! 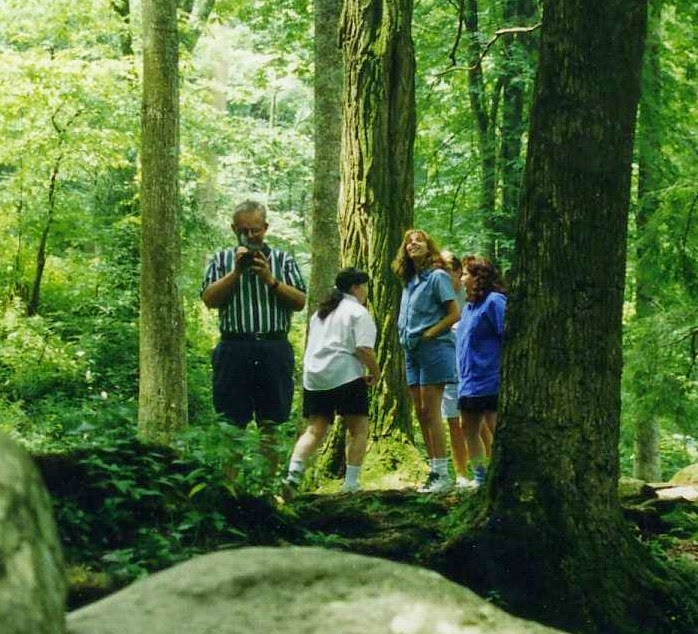 Hello my lovely followers. I feel like I've been away from blogging forever! And I must admit, I am literally forcing myself to write this week but I know it's important that I get back to it.

As some of you know, we lost our wonderful father, Robert W. Swope on February 17th. This has been devastating to my family because dad was so special to all of us. He'd been struggling with Alzheimer's for awhile so we knew that we might not have much longer with him but we had no idea he would go so quickly. In the end, he was diagnosed with advanced stage lung cancer on 1/23/15 and passed away less then a month later. However, he didn't seem as though he was suffering until maybe the last day or so. Even though it's so hard to realize he's gone from us, we all feel blessed that he went quickly and without much suffering. If he'd lingered on, it could've gotten much, much worse for him.

One thing I do know is that he's looking down from heaven shouting, "get off your butt and get back to writing!" 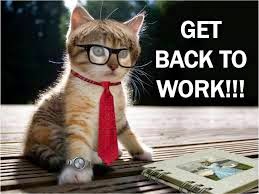 Dad was so proud of me, my mom and my sister for working so hard to get published. His eyes sparkled and his heart always burst with pride when he attended one of my brothers music concerts. And boy was he filled with joy and pride when his oldest daughter gave him two wonderful grandchildren and as he watched her become the fantastic mother she is. He had a lot of pride with all his kids and always made us feel special in our own little ways.

It's hard to get back to writing though since all I feel is sadness. How do I go from feeling heart broken and empty to writing a fluffy happy children's book? Well I have to remember why I started writing for kids in the first place. Because I love them that's why! And nothing makes me happier (besides going to the dog park and watching all the dogs run wild and play) than watching a child giggle, play, and just be a kid. Children have such an innocent light inside them that makes us realize what life is all about.

Enjoying every minute that we have on this earth is so important. Sometimes, in fact a lot of the times, it's hard to remember this but all of us need to try harder. We only have one life to live so we must make the best of it! 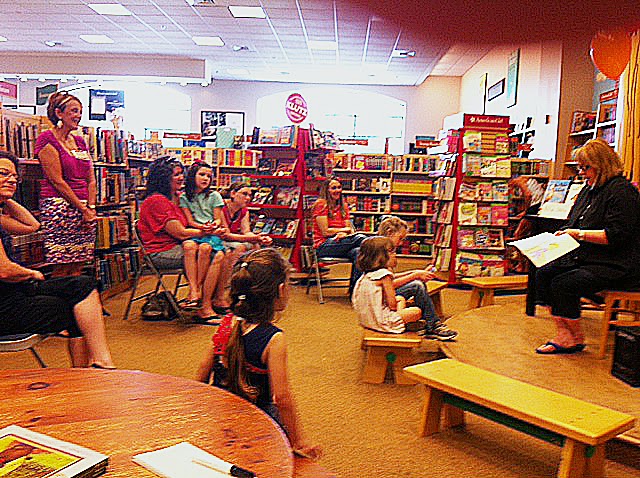 And to me, writing children's stories is one of the best experiences in my life so I simply must get back to it! There's a kid out there just waiting for one of my books to be read to them.
I can't let them down.

But soon, they will have my next book The Color of  Love in their hands. I'm self-publishing this one because I just wanted to experience it and be able to work with a local illustrator (Deborah Forbes) that's in my writing group. All the illustrations are complete and it's in the hands of Mascot Publishing right now. It should be available in 30-45 days. Yippee!

So that's it for me right now. Does anyone else have some good book news to share?