I've found a new reason to live. What is it you ask? My new reason to live is so I can look at the new Superman, Henry Cavil some more. I always loved Christopher Reeve, but this new guy... well he's just dreamy. I can tell he is in love with me too because his eyes were focused directly on me during that entire movie! Can you tell he's got his eye on me here? 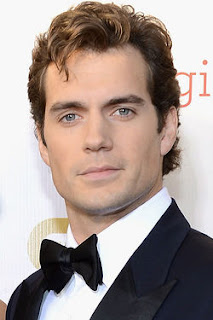 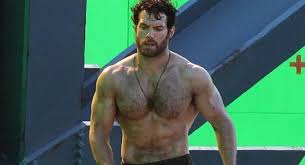 Henry may be a gorgeous creature, but now it's time for all you Superman fans to get ready to hit me. Be gentle though, please. Now comes the truth about the movie, at least from my point of view.

For my husband, the movie started out slow which I sort of agreed with that. It seemed to drag on and on telling the story of how he came to be. And then they really didn't even show us how Superman ended up on his parents doorstep. We knew it happened, but weren't actually shown it. That was disappointing to me.

The parts of the movie that were missing were scenes where Superman starts to become a real hero to the people of Smallville. I was craving a simple scene where he rescues someone in a building fire, or a bank robbery, or even a puppy about to be run over by a car! But there was none of that.

This movie was beyond ridiculous to me. I mean really, there was about 30 minutes in this 2 hr. 30 minute film of actual acting going on. The rest was computerized blowing up of things. It never ended!

I don't want to spoil the movie for those of you who haven't seen it yet so I'll shut up now. I'll just end by saying they pushed the limits for both my husband and myself, and that's bad when a husband who loves to watch things blow up was sick of it. This movie was brutal for us and we were very happy it finally ended. We won't go back for Superman II.

But as much complaining as I've done, I do have to say it's truly amazing what we can do nowadays with computerized effects. We truly do have some amazing technical geniuses in the movie industry.

Also, I need to end by saying don't let my opinion of this movie sway you into going or not going. I'm just one person on this huge planet and I have no doubt that more people will absolutely think this movie is amazing then won't. But it is a free country and this one opinionated person just had to get her say so out of her big mouth!

But in truth, I don't care how much blowing up goes on, the new Man of Steel can rescue me anytime! 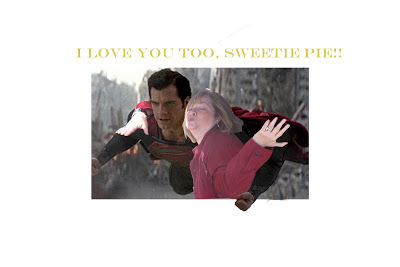