Remember Hints by Heloise? Well today I'm blogging about some really cool things I've discovered this year that are making my life easier! And I'm all about anything that is quicker, better, and more efficient. I thought it would be fun to share a few of my discoveries with you.

Some of you may already know all about them but they are new to me! The first two are things my mother-in-law told me about. 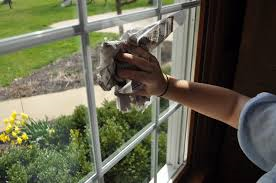 Washing windows with newspaper: When my mother-in-law told me she's been doing this for years... well I thought for sure she'd lost it. Wouldn't the black from the newsprint get the window all dirty? This didn't make one bit of sense to me. However, I tried it and shazam!! My windows have never sparkled so much. The newsprint doesn't rub off onto the windows, not one bit. Dummy me has been using paper towels or a cloth all these years and was always left cussing at the dust residue left on the window. The newspaper method leaves no residue whatsoever. Just clean, sparkling, beautifully clean windows. However, if you don't use plastic gloves, your fingers may end up with black on them. Anyway, I'll never use paper towels again! Thank you mom!

Making bacon in the oven:  I've always fried my bacon and then gotten so upset at the messy grease you get everywhere. Again my "very wise" mother-in-law told me she puts hers in the oven. So I tried it and it works just fine. And so much less mess. I put my bacon in a broiler pan so that the bacon grease will drip into the bottom pan. Cook at 350 for about an hour. Works great! I usually do that whenever I'm making bacon for a salad or something like that. I still prefer the taste of fried bacon but this is a great secondary method.

Put your paint brush in the freezer: I don't know about you but when I'm painting a large area I hate the fact that when you stop for the day or even a few hours you have to wash your paint brush for the next days painting or it will get all dried up on your brush. Well someone once told me to put foil around the brush and stick it in the freezer. Then about 20 minutes before you're going to paint again, take it out. Once it thaws out a little, your brush will be nice and moist and ready to go again. I do this all the time now. Works wonderful! I know now that there are some things you can buy at the store to wrap around the brush giving it the same effect but why pay money for something when you don't have to. Just wrap it in foil! 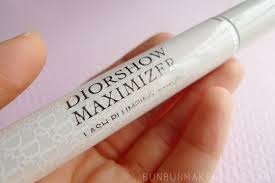 Hairspray for your eyelashes: This is probably my favorite discovery this year. And no, I'm not really talking about hairspray but this works just like it. All my life I've spent an extra 15-20 minutes on my make-up because I wanted my eyelashes to look curly and long. I would curl them, put mascara on, curl them again...and again and even then I wouldn't be truly happy because 10 minutes later they'd look like I hadn't done anything to them at all! So the last year or so I've been playing around with different mascara's. I even tried using fake eyelashes for awhile until the glue was
ruining my own lashes. FINALLY I discovered primer for lashes. The kind I use is by Dior called Maximizer Lash Plumping Serum. It shows up white on your lashes until you put the mascara on. This stuff is a life saver! It works like hairspray for the lashes. I then discovered a fantastic mascara that lengthens the lashes. It's also by Dior and it's called Iconic Overcurl. Now both of these products cost about $20 each, which is more than I like to spend on mascara, but they both last forever and are worth their weight in gold. Here's what I do. I curl one eyes lashes, then put on a generous portion of primer. Not a lot, but enough to where all the lashes look white. 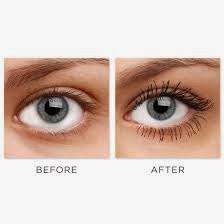 Then I curl the other eye and do the same. Once the primer has dried just a little bit I apply a very thin coat of mascara and my eyelashes look marvelous! Long and curled just beautifully and the best part is...they stay that way all day. I have cut down my 15 minutes of messing with mascara down to about 5. Well worth the money!


Oven mat for the oven: If you're like me, my oven is always getting crap all over the bottom and I absolutely hate cleaning it. One day I found a silver non-stick ovenliner that has saved my life from ever having a filthy oven bottom again! All you do is place this liner (which can be trimmed to fit your oven) on the bottom rack of your oven. Then anything that drips off your food will now end up on this liner, leaving the bottom of your oven clean. The liner can just be wiped off or even put in the dishwasher. I think I found mine at Bed-Bath-and Beyond. Love it! 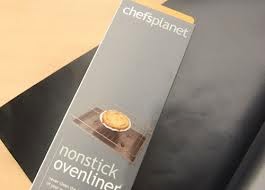 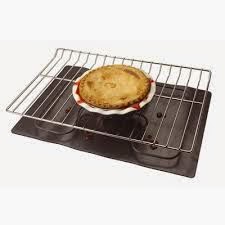 Ring around the toilet: I don't know what the heck is wrong with the water in our house but it's constantly leaving a ring around my toilets that wont come off. I'm constantly using cleaner and my toilet brush but it just won't come off. Finally I discovered the Pumice stick. Works beautifully, however you need to make sure you keep it nice and wet while your scrubbing. But it does the job and leaves your toilet nice and sparkling!

Ok, that's it for me. This was fun! So if I come across any other "life saving" discoveries in my life I'll pass those along sometime again.

Have any of you discovered something lately that has made your life a little easier?