My intention for today's blog was to write something that had to do with writing, however as I was watching the news this morning, I became so enraged that I knew what I had to write about today.

There was a story about a child who's mother ran out of fruits and vegetable so she packed a few Oreo cookies in her lunch. "Yay!" the little four yr. old probably thought 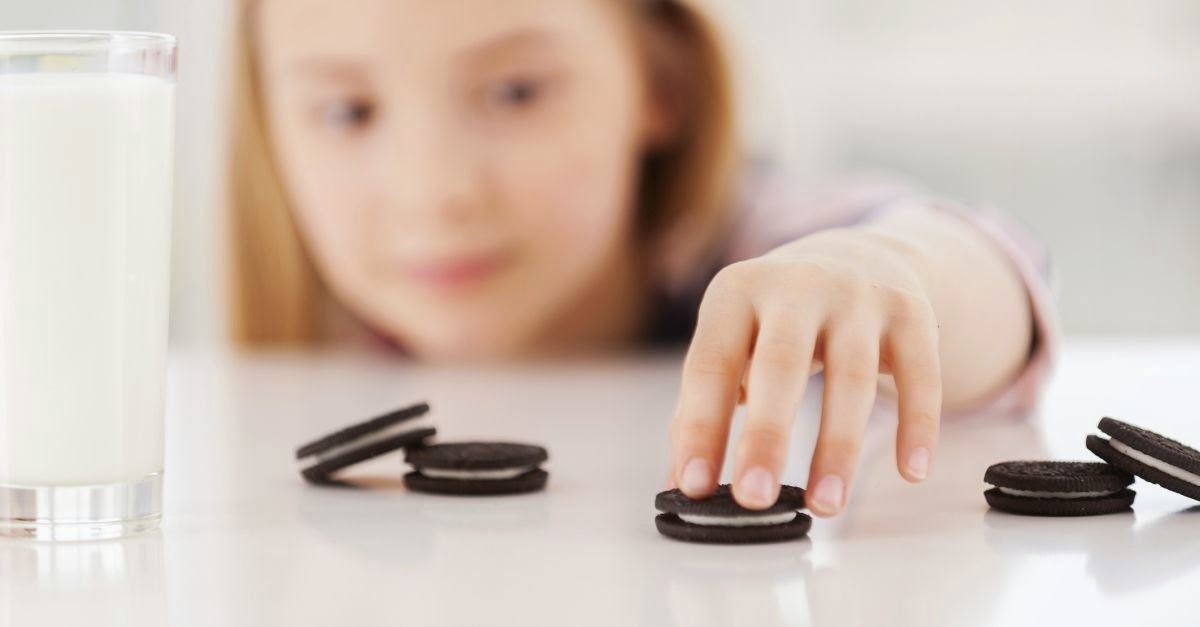 as she opened her lunch box. But to that child's surprise, she was not allowed to eat them. Instead, her lunch box was returned to her parents with the cookies in it and a note that preached healthy eating.

So I guess it's better to have your child attend school hungry than to put a "poisonous" cookie in their mouth! I am not a parent, however if I was the parent of that child I would be livid. When has a few Oreos ever killed a kid? And are we saying now that parents don't even have any say so in what goes in their own child's lunch? Some parents can't afford all the healthy snacks all the time. Or they don't have time to run to the story every time they run out! And by tomorrow, a study will come out saying that "supposed" health snack is no longer healthy anyway!!

I do believe parents should try including a healthy snack whenever possible but I know that when I was a child, that healthy snack is the one thing that would've gone straight into the trash. My mother always packed a sandwich, a fruit or vegetable and probably either a bag of chips or a dessert. I always ate it all, except most times that fruit or vegetable didn't get eaten. And guess what? I'm still alive! And I was never 1 lb. overweight growing up.

What I'd really like to know is, who knew those cookies were in that box? Does the school have "lunch" cops watching every thing that goes into every kids lunch box? Or are the teachers snooping in all the kids lunch boxes while they are out on recess? Who has time for that? Why can't we trust the child's parents to know what's best for their own kid?

This world is going too far. Parents aren't even allowed to discipline their children anymore without fear that their child will be taken from them or they'll wind up in jail for child abuse. And we wonder why so many children are in trouble today?

Don't get me wrong, I think there are many parents out there that should not be raising kids. I'm thankful when an abusive, neglective parent is caught and the child is taken from them. But I strongly disagree that in today's world it doesn't seem like a parent is allowed to raise their own children in the way they see fit as long as it's a safe environment. Giving a child an Oreo cookie once in awhile is not abusive!

We have so many children in the world that are out there starving to death and might live one day longer if they had one of those cookies to eat. But our 'warped' society chooses to throw that cookie away because it has a little sugar in it. Why oh why can't we let kids be kids while they still can!!

I for one would love to go eat a few Oreos right this minute but I'm an adult, therefore I know that I can't afford those extra pounds it will put on me. But a four yr. old child should be allowed to eat one and enjoy it for the rest of us!!

Here's the article if anyone is interested. I'm curious what you other parents are thinking about this.