TV Addiction. I don't have it!

I am not a TV fanatic, I'm not!! However, I am really happy to see the new fall season in full swing. I'm sick of reruns.

It's interesting to talk to different people about what shows they enjoy. I'm finding that my favorite shows are drama's. Ones where the show continues from week to week sort of like a soap opera. For instance, I love the show "Revenge". Anyone else watching that? I'm also really getting into "Scandal" and of course I love "Grey's Anatomy."

But what's really upsetting me and I find myself almost swearing off the shows is that you see one episode one week and the next week, they are already 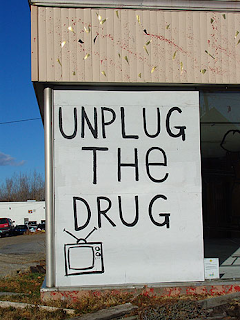 showing a repeat! I anxiously turned my channel to Scandal the other night and it was a rerun of the week before. WTH!! And Grey's Anatomy is always doing that. I don't get it. Can't they wait to run the reruns until it's rerun season!

I really love all the singing shows. Especially "Nashville" and used to love "Smash." What happened to that show, it was wonderful but only lasted 2 seasons (wiping a small tear from my eye). But I'm totally addicted to the reality singing shows. American Idol used to be my favorite and one that I counted the days until it came on again but after last seasons judges... I have to say I'm not as enthusiastic anymore. However, with JLo coming back, I'm sure I'll tune in again this year. XFactor is also a favorite of mine. I hate to admit it but I like Simon Cowell as a judge. He has mellowed since his days on American Idol but I find he's really the only truly honest judge out there and I admire his honesty as long as he does it with tact and doesn't completely insult the poor singer! I've watched "The Voice" since it's first show and am liking it more and more each season. I enjoyed the new judges last year but I also like Christina and CeLo. The talent this year is pretty amazing!

It looks like there may be a few new good 30 minute comedies on this season. The show "Dads" looks pretty funny. I haven't made up my mind about Michael J. Fox's new show yet but will watch it a few more times before I either write it off or become a fan. I do want him to succeed again. He was so good in "Family Ties" way back when.

I like some of the crime shows too but some have become too upsetting for me. I used to love "Criminal Minds" but found I couldn't get to sleep sometimes after watching it. Sometimes it's just too disturbing realizing there are such sick people in the world. There are a few others that are just too creepy and frightening for me. I do like the CSI shows though but have to cover my eyes when they are cutting into bodies! 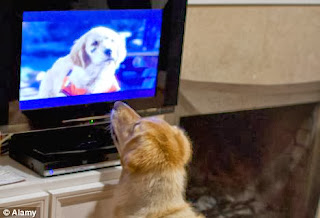 Okay, okay just because I've devoted my entire blog posting on TV shows still doesn't mean I have a TV problem. I CAN turn it off once in awhile ya  know! Unlike my hubby. He walks in the house and turns it on immediately and sleeps with it on. I don't go into convulsions if I miss a show (I only shake a little bit but I do not foam at the mouth!). I don't even DVR anything (however that's because I can't convince my husband to let me get it). And just because my dog is addicted to his show "Too Cute" doesn't mean I'm a bad mother!

So you see, I don't need to go into TV Rehab. I can stop whenever I want to! But let's make it tomorrow, Grey's Anatomy is on tonight!

What about you? Have you seen any good new shows this season that I can fit into my schedule? Not that I'm addicted or anything! 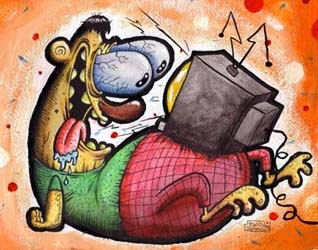